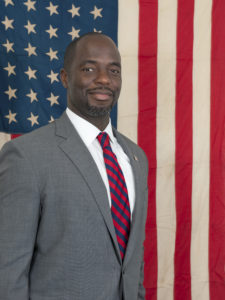 In addition to firm’s immigration practice, Mr. Neufville’s serves foreign nationals and U.S. businesses, especially in matters relating to Sub-Saharan Africa, by providing general consultancies, and advice on the intersection of United States domestic law and international law or foreign law. With an expansive understanding of American and African legal and socio-cultural affairs, the office effectively provides solutions to concerns arising from the convergence of African and the Western legal policies.  He has been named three years in a row (2009, 2010, 2011) as a Maryland Super Lawyer’s Rising Star.

Mr. Neufville is chair of the Executive Office for Immigration Review liaison Committee (Baltimore Immigration Court), and co-chair of the New Members Division, American Immigration Lawyers Association (AILA) Washington, D.C. Chapter.  He frequently speaks on immigration related issues.  Mr. Neufville is a 1999 graduate of the University of North Carolina at Chapel Hill, and a 2003 graduate of the Washington and Lee University School of Law, Lexington, Virginia.  He represented Liberia at the 1996 Olympics in Atlanta, Georgia and is an inductee into the University of North Carolina’s Track and Field Hall of Fame.