How to apply for the Liberian Refugee Immigration Fairness Act

By Edward Neufville on December 30, 2019 in Uncategorized

Are you interested and looking for information on the Liberian Refugee Immigration Fairness Act?  We have the information for you…please continue to read….   Compliments of the Season on behalf of the staff and attorneys of Law Office of Edward W. Neufville, III, LLC (“LOEN”). We wish you and yours a successful and prosperous New […]

By Edward Neufville on December 30, 2019 in Uncategorized

Frequently Asked Questions  Liberian Refugee Immigration Fairness Act   Disclaimers: The following is being provided for informational purposes only and not for the purpose of providing legal advice. You should contact your attorney to obtain advice with respect to any particular issue or problem. The information contained herein does not create an attorney-client relationship between […]

By Edward Neufville on December 23, 2019 in Uncategorized

The Law Office of Edward Neufville is pleased to announce that our law fellow Allison Ballinger has been admitted to the Maryland state bar and was sworn in to the bar on December 17, 2019. We look forward to having Allison represent our clients. Congrats Counselor…well done

By Edward Neufville on December 23, 2019 in Uncategorized

Happy Holidays ~ The Law Office of Edward Neufville, LLC  will be closed to walk-ins from Tuesday December 24th, 2019   to Jan 1 st, 2020,  in order to allow our staff and attorneys to enjoy the Holiday season with their families. We will be operating on a reduced schedule for this time period.      Please note […]

By Edward Neufville on January 31, 2017 in Current Events, Executive Actions

On November 20, 2014, Secretary of Homeland Security Jeh Johnson announced the designation of the three West African countries affected by the Ebola virus disease for Temporary Protected Status (TPS) for a period of 18 months.  Eligible nationals of Liberia, Guinea and Sierra Leone who are currently residing in the United States may apply for […]

Ebola Outbreak-related Immigration Relief Measures to Nationals of Liberia, Sierra Leone, and Guinea Currently in the United States and other considerations

By Edward Neufville on August 17, 2014 in Current Events

For the past several months, the West African sub-region have experienced the worst Ebola outbreak ever.  On August 15, 2014, the United States Citizenship and Immigration Services (USCIS) issued Ebola Outbreak-related immigration relief measures to nationals of the West African nations of Liberia, Guinea and Sierra Leone, who are currently in the United States. When […]

5 Principles Lawyers And Businesspeople Can Learn From Olympians

By Edward Neufville on February 17, 2014 in Current Events

Competing in the Olympic Games is no small feat. It is the pinnacle of one’s athletic career.  Achieving the dream of competing in the Olympic requires tremendous dedication and sacrifices.  While watching the 2014 Sochi Olympics, I fondly recall my Olympic journey leading up to the 1996 Summer Olympics in Atlanta.  Eighteen years later, a […]

By Edward Neufville on February 14, 2014 in Current Events, Material Support

After the September 11th terrorist attacks, a provision in the U.S. immigration laws, known as the Terrorist Related Grounds of Inadmissibility (TRIG), has prevented Asylum seekers, and refugees from gaining protection in the United States or changing their legal status.  The TRIG applies to foreign nationals who the Department of Homeland Security has determined provided […]

BEAUTY, A BEAT AND A DAMN GOOD IMMIGRATION LAWYER

By Edward Neufville on January 23, 2014 in Current Events

Apparently Justin Bieber has not stopped partying like it is 3012 and in addition to needing just a beauty and a beat to make his life complete, he might just need one damn good immigration lawyer. Less than an two hours ago, celebrity pop star Justin Bieber was arraigned in Miami Beach, Florida, on charges of […] 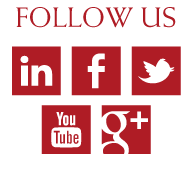