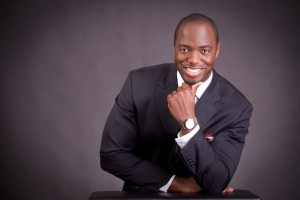 Interested in having Attorney Neufville as your guest Speaker? In 1990 attorney Neufville’s life was greatly  impacting by the civil war in his native Liberia. As a  young boy, he and his family fled the war torn country for safety in the United States. Surviving the 14 year civil war in Liberia, attorney Neufville, represented Liberia in the 1996 Olympics in Atlanta Georgia. A life long stutterer in went on to earn an undergraduate degree from the University of North Carolina at Chapel Hill and a law degree from Washington & Lee University.  A sole practitioner in Washington DC, attorney Neufville began his Practice  after he was told that he would never be able to be hired as an attorney who went to court. Determined to live out his vision and help those effected by war and human rights issues he persevered and is now celebrating 10 years in private practice.

To hear his story and book him for your event please email info@neufvillelaw.com.